“It is no measure of health to be well adjusted to a profoundly sick society.” Jiddu Krishnamurti 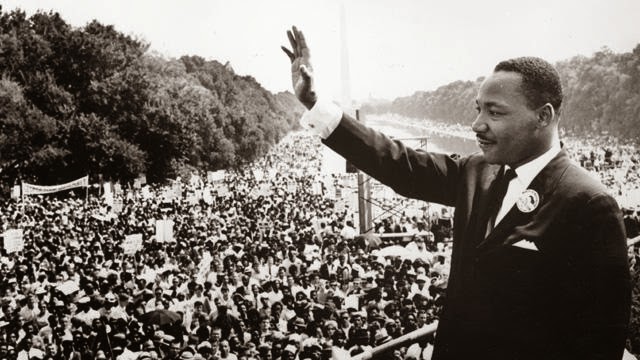 On August 28th 1963, Martin Luther King took centre stage in Washington D.C and delivered one of the finest speeches in recorded history to 250,000 people- 250,000 people willing to listen to the voice of a minority, a voice that challenged the archaic racial view embedded in the masses. One year later President Johnson signed the Civil Rights Act of 1964 into law. The opinion-deviant majority alter-cast or minority influence principle (Moscovici, Lage & Naffrechoux, 1969) accounts for some of history’s defining moments and proposes that if the minority is consistent, confident and committed in their judgement they become effective communicators (Moscovici, 1976). To give a more contemporary example, take Russell Brand- Dave Grohl and Jesus Christ’s cockney, comedian lovechild recently appeared on Newsnight and in the space of 10 minutes delivered one of the most well-articulated, slightly verbose accounts of bullshit ever presented on national television. However, the critical factors of consistency, confidence and commitment in his own argument managed to transform the generic largely politically unconcerned Facebook statuses of the British youth from the tedium of hangover updates and circling reviews to those of fierce aspiring revolutionaries. The point is whether you’re a hippy, conservative, liberal, homosexual, terrorist, freedom fighter, average Joe, anarchist, Pope, white, black, clinically insane, partisan, Christian, Muslim, pagan, masochist, peasant, president, romantic, ladies, gentleman it does not matter, if you have enough belief in an idea you can change the world.Moscovici (1976) demonstrated the effect of minority influence in one of the classic psychological studies. In the control condition a group of up to 6 naïve participants viewed a series of slides depicting various shades of blue. After being shown a slide participants were in turn required to say out loud the colour they had just seen before moving on to the next one. Under such conditions near much everyone identified the slides as being blue meaning the colour of the slide was deemed relatively unambiguous. In two experimental conditions a numerical minority (2/6) of the group were confederates of the experimenter and gave pre-agreed responses (Martin & Hewstone, 2012). Similarly to the control condition when presented with the series of blue slides participants were in turn asked to say aloud the colour they perceived. Confederates responded first and identified the depicted colour as ‘green’, an interpretation which clearly differed to that of the naïve participants. In the ‘consistent-minority condition’ confederates answered with the incorrect ‘green’ response on every trial and those in the ‘inconsistent-minority condition’ deliberately responded incorrectly on 2/3 of all trials.

Figure 1: a bar chart demonstrating the percentage of green responses by naïve participants in each condition.Results reported that the presence of a minority that consistently provided unusual responses influenced the judgments made by naive participants in that 32% of the consistent-minority condition conformed to the confederate response at least once and as can be deduced from figure 1 18% of all responses in this condition were green . However, the inconsistent minority had virtually no influence over the majority whatsoever, which supports Moscovici et al.’s (1969) claim that consistency is one the keys to minority influence. In summary either we need to confiscate Russell Brand’s thesaurus or wait until he inevitably begins to make contradictory statements before we switch off when he says something he didn’t intend to be a joke- power to the people.  Rory MacLeodReferences Martin, R., & Hewstone, M. (2012). Minority influence: Revisiting Moscovici’s blue-green afterimage studies. In J. R. Smith, & S. Alexander-Haslam (Eds.), Social psychology: Revisiting the classic studies (pp. 91-106). London, England: Sage Publications. Moscovici, S., Lage, E., & Naffrechoux, M. (1969). Influence of a consistent minority on the responses of a majority in a colour perception task. Sociometry, 32, 365–379.Moscovici, S. (1976). Social influence and social change. London: Academic Press.

To my magnificent readers! As requested, a condensed version of the Triple Question & Answer Session by IllimitableMan, Illacertus and Modern Machiavelli including a pdf to download. You can download the pdf below:   Modern Machiavelli – Triple QA of Power   Feel free to share the pdf, the whole article or parts of it, as long as you refrain from editing it. You also are required to link to the following article to avoid confusion: http://modernmachiavelli.com/q-a-power-machiavellianism/   Workplace Question: What is the best & fastest way to get ahead and promoted at work? Answer (MM): You won’t like this answer but

A list of almost 200 psychological manipulation techniques in no particular order; to you, my magnificent reader. Most are aimed at getting people to do what you want, but some also protect you from being deceived.  5000 words.     I decided to leave out cognitive biases and fallacies since the posts is quite long the way it is. But rest assured that I am going to dig into those two topics sometime in the future. Psychological Manipulation Techniques & Tactics   Never show people that you are upset, for it makes you appear weak. Social Justice Warriors take notice!