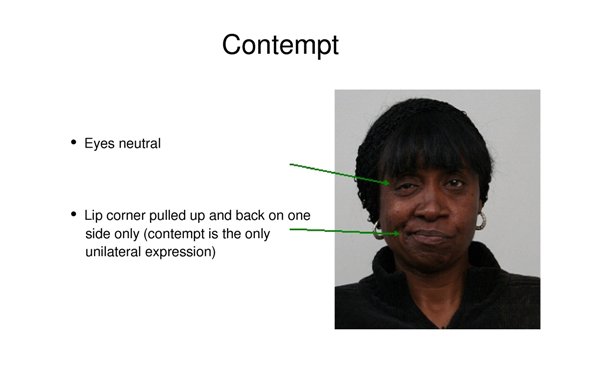 Emotions shape much of our lives, so it would make sense that they impact how we handle political discussions as well.

In his column with The New York Times, Arthur Brooks tackles the difficult question of political polarization. A great deal of political science scholarship has sought to examine how people’s attitudes are drifting increasingly farther apart and what this means for our two parties to work together. While most scholars focus on cultural values, economic interests, or other politically situated opinions, Brooks suggests that it is much more simple: we feel contempt.

He begins by explicating some recent research on “motive attribution asymmetry.” Such research has found that we tend to attribute loving motives to our political allies and hateful motives to our enemies, regardless of our party.

It is this asymmetry that allows us to develop a profound sense of contempt for the other side. This goes beyond concerns over incivility, and into this particularly powerful emotion’s pull on our evaluations. Contempt, he says, creates a sort of addiction, as social media and political elites leverage it to demonize political opposition and make compromise impossible.

Not only does contempt make compromise difficult, but it can also make us profoundly unhappy. The American Psychological Association found that experiences of contempt can make individuals feel rejected by their peers, leading to anxiety and depression.

And most people don’t want to feel this way. Most polls find that strong majorities want civil disagreement and compromise, rather than hostility and contempt.

Brooks’ diagnosis of contempt as the source of many political ills is not without evidence. As we blogged on some time ago, contempt, alongside anger and disgust, can predict political and group-based violence. One of the first steps in dehumanizing out-groups is the cultivation of a feeling of contempt towards that group.

Contempt is deeply rooted in a sense of who other people are, and it often drives from an evaluation that they are lower in a hierarchy and lacking of respectable status. This can translate to a sense that that person is bad, disgusting, or not worthy of moral consideration.

Brooks notes that one way in which contempt can shape our political interactions is how it has increasingly eroded friendships. He contends that 1 in 6 Americans stopped speaking to a friend or family member during the 2016 presidential campaign.

If this is because of contempt, then it isn’t the first time contempt has killed a relationship. In fact, Dr. John Gottman, a renowned expert on emotions and relationships, described contempt as one of the “four horsemen” of the relationship apocalypse. Many of us worry about corruption amongst political elites, but could it be possible to actually recognize it in their faces?

In a pretty creative study, a team of psychologists from the California Institute of Technology sought to explore whether people could detect evidence of corruption by government officials by providing them with pictures of their faces. This study helps shed light both on efforts to effectively read other people but also on efforts by citizens to better evaluate our elected representatives.

While this may seem initially like a pretty far-fetched idea, there is a long history of research showing that people tend to make competent decisions about people’s trustworthiness from images of their faces. This has even been applied to potential leaders, where prosocial outcomes lead to positive evaluations.

However, this study makes an important break in shifting from just evaluations of a person’s charisma and perceived competence to actually determining if they have been practicing deception. Still, there is some prima facie credibility in that guilty expressions are generally identifiable.

To answer their question, the study authors undertook a series of experimental designs, showing images of politicians and asking participants to identify salient traits, such as corruptibility, dishonesty, and selfishness but also including more prosocial tendencies like competence and ambition.

In the first of these studies, participants were exposed to a series of 72 photos of actual elected officials in the United States. Of those, half had been convicted of some form of corruption, such as violations of campaign finance laws.

Before exposing participants to these photos, they were prompted with an instruction that they would have to designate the official’s level (1-5) of a given trait as quickly as possible, and they only had about four seconds to do so. This sought to ensure that people were judging based on spontaneous and initial reactions of emotional recognition.

Subsequent studies functioned similarly in an effort to strengthen the generalizability of any findings. This included varying the level of government that a given official held or using variants of the initial traits.

Overall, this series of experiments found broad support for the ability of participants to identify political corruption in faces of elected officials. This held up across variants, suggesting that it would apply more broadly outside of a limited experimental setting.

While many questions about generalizability and the precise causal mechanisms remain, this ambitious study does give us further evidence that our ability to read faces and detect deception has great potential even in photographs.

It would of course be interesting to see if an observer professionally trained in deception detection and people reading would do better.

In the meantime, check out some of Dr. Matsumoto’s work on politics and deception!

It’s not all blue or red!Ever wondered why your Facebook feed appears so disproportionally outraged, shocked and surprised after election results? For example, following the Brexit vote or the 2016 American Presidential election? I know I have. It has come out in the news recently that Facebook algorithms are programmed to bring you a personalised and tailored feed, according to what they think your opinions are. This has led the organisation to be widely criticised on its coverage of political news.This website set up by the Wall Street Journal could be the answer. It illustrates the two extreme ways the 2016 US Presidential campaign was reported: the red, conservative side against the blue, liberal side.

http://graphics.wsj.com/blue-feed-red-feed/#/Indeed, this eye-opening website highlights the presence of a polarised in and out-group. Depending which side your Facebook feed represented, you were probably only shown one-side of the story. I know I was. What are the consequences of such biased reporting and why?Firstly, the theory of social proofing which argues people assume what is the correct behaviour by looking amongst their in-group, seems relevant in this context. A study by Weaver, Schwartz and Miller (2007) found that people inferred an opinion was most prevalent if it was familiar to them, even after being repeated to them just 3 times by the same source. In the context of Facebook news reporting, when social media users are repeatedly exposed to the same opinion they are likely to overestimate the prevalence of this opinion in the general population. An alarming consequence of this is that Facebook users from either side might feel less inclined to go out and vote as their preferred candidate appears well supported.Furthermore, the issue raised by the Wall Street Journal is worrying according to Janis’ (1972) Groupthink theory. The latter is the idea that while not all group members actually agree, a strong desire for homogeneity and harmony leads the group to adopt irrational opinions. Indeed, the natural will to minimise conflict leads to the absence of critical thinking. Janis (1972) highlights that some observable consequences of groupthink are uniformity pressures, self-censorship and close-mindedness. In the context of political campaigns, debate is essential. However, if Facebook narrows down the groups to red and blue, social media users are forced to adhere to one side without the opportunity to navigate both sides of the argument and take their stance. The long-term effects of such biased reporting are severe. Indeed, this emphasis on in-groups and out-groups leaves little room for debate, compromise and tolerance and largely increases opinion polarisation.If you were to take one thing away from this post it should be: it’s not all black or white. Or should I say blue or red.  Janis, I. L. (1972). Victims of groupthink: a psychological study of foreign-policy decisions and fiascoes.Weaver, Schwartz and Miller (2007) Inferring the popularity of an opinion from it’s familiarity: a repetitive voice can sound like a chorus. Journal of Personality and Social Psychology, 99(5), 821-833.