Dr. Matsumoto recently appeared on the metadata podcast in Brazil where he was interviewed by Victor Santos, Anderson Tamborim and David Leucas.

View the entire video or see below for timestamps to specific questions.

2:00: How did you get interested in the area of nonverbal communication and behavior?

8:25: In your study “Spontaneous Facial Expressions of Emotion of Congenitally and Noncongenitally Blind Individuals” there is solid evidence for the universality of certain facial expressions of emotion in certain contexts.

What other studies exist that support the claim regarding the universality of facial expressions of emotion?

13:05: Although we have solid evidence of the innate character of the facial expression of spontaneous emotion, the posed expression, often used as a linguistic code, meets a cultural demand.

What role do you think posed expressions play in emotional expression in this context of cultural variability?

19:00: We see more and more uses of facial expression analysis of emotions and body language being used in the most diverse segments, especially public security. It is particularly difficult to find field research in the area of security, due to the many ethical issues involved and complications to carry out experiments or obtain the ground truth.

How useful do you think this knowledge is for public security professionals who will need to apply it in real time rather than watching a video in a lab?

Do you see these kinds of criticisms in the United States or other countries?

28:30: Several researchers including famous names like Lisa Barrett Feldman insist that there is no facial expression of universal emotion and also that the face does not have the power to demonstrate the emotion experience. In some articles we also see a claim that there is no evidence that there is any kind of emotion neural circuit.

What is your point of view on these specific kinds of criticisms?

33:45: When you talk about spontaneous expressions, there’s not a single, specific FACS codification that you can use all the time in any situation. This is because our face is not just made to express microexpressions, it’s also made to be used to agree with people, to show empathy, etc. Most of our facial movements are not taken into consideration in a lot of research. Some researchers say “look at this person who is feeling angry. Matsumoto and Ekman say angry faces must have these AUs (action units). Ah ha! They don’t fit, so that must mean there is no universal angry face”.

What are your thoughts on this issue and point of view?

38:00: What do you think about the inclusion of contempt in the group of primary expressions?

44:40: Can you talk about your publication in 2019 in Frontiers of Psychology entitled “Microexpressions Differentiate Truths From Lies About Future Malicious Intent”?

50:40: In your opinion, what would be the main area involved in the study of facial expression of emotion that needs further research? What do you think is the future of this research area?

Why do people scream? 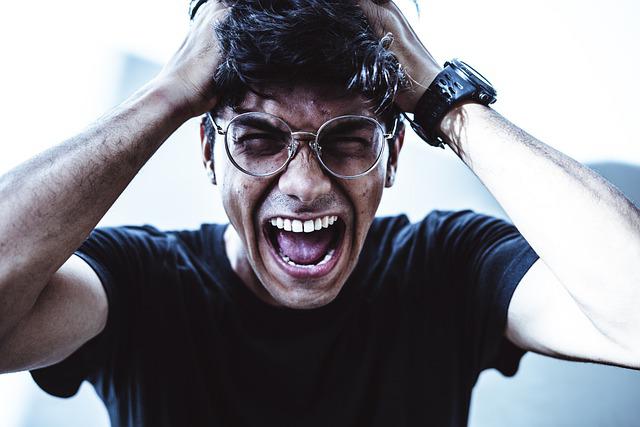 n non-human primates and other mammalian species, scream-like calls are frequently used as an alarm signal exclusively in negative contexts, such social conflicts, the presence of predators or other environmental threats.

Humans also use screams to signal danger and to scare predators. But new research suggests that humans scream not only when they are fearful and aggressive, but also when they experience other emotions such as despair and elation.

In the past, scientific studies on human screams have focused almost exclusively on vocalizations of anguish—and this oversight nagged at neuroscientist Sascha Frühholz. He and his colleagues set out to characterize the screams we let us for a range of emotions, negative and positive.

Their research was published in PLOS Biology. As reported in National Geographic, the researchers recruited 12 volunteers to scream with each emotion. The volunteer was primed with a description of an emotion-evoking scenario for each scream type, such as getting attacked by a stranger in a dark alley.

Each person also recorded a “neutral scream” for comparison, which is just an intense utterance of “ahh.” They then instructed the participant to let loose in the soundproof room.

Frühholz and his team analyzed recordings of each scream by looking at 88 acoustic features, such as measurements characterizing pitch and intensity. They trained a computer algorithm on the various features that differed between screams and found it could correctly categorize screams nearly 80 percent of the time. The most accurate classification was for joy, with 89.7 percent correct classifications.

The team then studied participants listening to the recorded screams, measuring how quickly they could categorize the emotion triggering the scream by clicking an option on a computer screen.

In one set of trials, they tested people’s ability to select the scream type from all six emotions or neutral, and in another, the listeners only had the option of picking one of two scream types. The team also created maps of brain activity for people listening to playbacks of the screams using functional magnetic resonance imaging (fMRI).

They were interested in three particular brain systems in the fMRI scans, Frühholz explains. The researchers found that volunteers more readily recognized—and their brains more efficiently processed—screams that were not considered alerts, including joy, passion, and sadness, compared to the screams of pain, anger, and fear.

For all animal species, screams are considered a vital way to rapidly communicate danger to others nearby; why the joyful screams of this latest study seemed to invoke the strongest response remains unknown.

“The results of our study are surprising in the sense that researchers usually assume the primate and human cognitive system to be specifically tuned to detect signals of danger and threat in the environment as a mechanism of survival. This has long been supposed to be the primary purpose of communicative signaling in screams. While this seems true for scream communication in primates and other animal species, scream communication seemed to have largely diversified in humans, and this represents a major evolutionary step.”

Other research has been conducted on screams, including a study out of Emory University that found most people can’t tell the difference between screams of joy and screams of terror when they are heard out of context.

Unlike speech, the study finds screams lack distinctive and consistent acoustic parameters, which make them harder to identify. To see whether people could do so, researchers asked 182 participants to listen to 30 screams from Hollywood movies through headphones. Each scream communicated one of six emotions: anger, frustration, pain, surprise, fear, and happiness.

After hearing each howl, listeners then rated on a scale of one to five how likely the scream was associated with one of these six emotions. The results reveal participants correctly paired screams and emotions in most cases, except when it came to happiness. The group often confused these screams with fear.

“The acoustic features that seem to communicate fear are also present in excited, happy screams. In fact, people pay good money to ride roller coasters, where their screams no doubt reflect a blend of those two emotions.”

Interestingly, similarities between cries of joy and terror could have deep evolutionary roots. The findings may even provide a clue to the age-old question of why young children often scream while playing.

“Nobody has really studied why young children tend to scream frequently, even when they are happily playing, but every parent knows that they do. It’s a fascinating phenomenon.”

Everyone knows that if you want to learn how to do something, you should get advice from people who do it well, right?

In a 4-part study, researchers from Harvard University and the University of Virginia aimed to answer this question.

Their paper entitled “Tips From the Top: Do the Best Performers Really Give the Best Advice?” was recently published in the journal Psychological Science.

In the first part of the study, around 1,000 participants (606 females; the average age of 35 years old) were asked to play Word Scramble. Participants were asked whether they thought there might be any link between how good someone was at the game and how good they’d be at helping others play it.

Most people stated that someone’s ability to play the game would be an indicator of how good their advice was.

In the second part of the study, 78 people (38 males; mean age of 36 years old) were chosen to be advisers to 2,000 more people who were tasked with playing the game. The advisers’ guidance varied, with some advisers saying people should look for short words, for example, or look for certain parts of words.

At the end of this part of the study, the researchers found that guidance did tend to improve people’s performance. However, they also found that the guidance that came from the best players was not actually any more beneficial to the new players compared to the guidance given from other advisers.

The ability to read emotions in others and in oneself has proven through research to be the strongest driver of leadership and personal excellence.

A recent study even suggests people who are in tune with their colleagues’ emotions are more likely to bring home a bigger paycheck than their emotionally-stunted colleagues!

The third part of the study switched things up again. This time, 300 people (152 males; mean age of 34 years old) were given the guidance written by advisers in the previous part but were told not to implement them into the gameplay. Rather, they were asked to simply guess how effective the guidance would be.

It’s crucial to note that the players who were given the advice were told nothing about the performance of the people who gave it. The fourth and final part of the study did not involve any gameplay. In this section, researchers analyzed the advice given by the more successful players to see why people rated it more highly. They found that the more successful performers made a higher number of suggestions than others.

“The best performers did not give better advice, but they did give more of it, and participants apparently mistook quantity for quality,” the study reads. “These studies suggest that performing and advising may often be unrelated skills and that in at least some domains, people may overvalue advice from top performers.”

Although advice from the best-performing advisors was no more beneficial than advice from other advisors, participants believed that it had been—and they believed this despite the fact that they were told nothing about their advisors’ performance. Why?

The best performers did not give better advice, but they did give more of it, and participants apparently mistook quantity for quality.

These studies suggest that performing and advising may often be unrelated skills and that in at least some domains, people may overvalue advice from top performers.

The post [STUDY] Do the Best Performers Give the Best Advice? first appeared on Humintell.